Business+Energetics+Money+Law of Attraction Coaching with Artemis

Posted on February 8, 2016 By Artemis Scantalides

I attended and passed my Level I Russian Hardstyle Kettlebell Certification 5 years ago in 2011; before StrongFirst was established and when Pavel Tsatsouline was still teaching kettlebell certifications.

The weekend of my Level I certification 5 years ago in St. Paul, Minnesota was a whirlwind of excitement, anxiety, fear, confusion, swings, tummy-time and waking up every morning feeling like I had been run over by 3 MACK trucks as a result of the hours of training from the previous day.  It was also truly a bonding experience for my Iron Body Studios’ Co-Owner and boyfriend, Eric Gahan, and I.  Nothing says “I love you” like going to sleep next to your loved one when both of you have doused your hands in lotion and put socks on them so that they can heal overnight from all the swing work from the day; or when your loved one asks you to put your vibrams in a plastic bag so that they don’t stink up the hotel room.  Yes, my vibrams were smelly, his smelled like clean cotton, for real.

That weekend had a tremendous impact on me as a person and as a coach. What I learned at that certification changed how I train my clients and how I train myself.

That weekend I also learned about what was the Iron Maiden Challenge directly from Pavel. It went something like this…

“What is the Iron Maiden Challenge?”

“If you do not know what the Iron Maiden Challenge is then you will not be attempting it.”

Embarrassing but also hilarious. At that moment he still did not tell me what it was, in fact he told me I would have to read my manual to find out; which is exactly what I did.

On the last day of the certification I told him that to me he was the Bruce Lee of kettlebells. His response,

“Thank you very much Artemis, but Bruce Lee had better hair than I do.”

The man has a sense of humor. 🙂

After reading my manual thoroughly 😉 and experiencing the certification weekend, which is something you cannot understand until you experience it first hand, I walked away with the goal of wanting to complete the Iron Maiden Challenge and with the aspiration to be a Team Leader.

Being promoted to Team Leader, that was something less in my control. There are so many qualified instructors that it was something that I did not expect to be offered unless I really earned the promotion.

As such, I had hoped that maybe if I did the right things to earn this promotion it would happen but my primary focus was on building Iron Body Studios, my workshop series I Am Not Afraid To Lift, and writing and building the readership of my blog.

What was the RKC split off to be two organizations, StrongFirst and the RKC.

Pavel has since moved away from teaching kettlebell certifications and moved on to other significant tasks as the Chairman of StrongFirst. In fact I think my Level II in 2012 was the last Level II he taught.

As for the role of Team Leader, the desire to be promoted to this position remained in the back of my mind but I stayed focused on my business and helping those kettlebell instructor candidates who came to me for help preparing for their certification, to prepare. 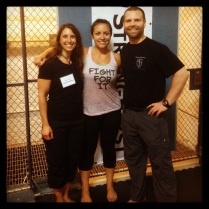 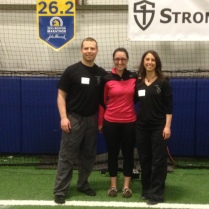 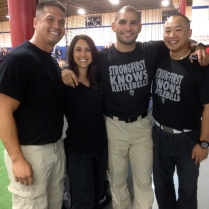 Unexpectedly in August 2015 I received a call from Brett Jones, Chief SFG, with the invitation to be a Team Leader. I was very surprised, yet of course excited, because I know StrongFirst must choose from many qualified instructors. I’m sure the decision is not easy.

After I got off the phone with Brett and had some time to let everything sink in, I felt just like I felt when I received my Level I Certification… this picture says it all ;)…

I accepted the position and StrongFirst announced leadership promotions last week. You can read more in the announcement HERE.

I am thrilled and honored to be a part of the StrongFirst Leadership team in the role of Team Leader. I’m excited to see what this next chapter of strength and leadership has in store. Congratulations to everyone who was promoted and may 2016 be a very strong year!

2 Comments on “The Promotion”