Do You Have A Sexy Snatch?

Posted on January 22, 2015 By Artemis Scantalides 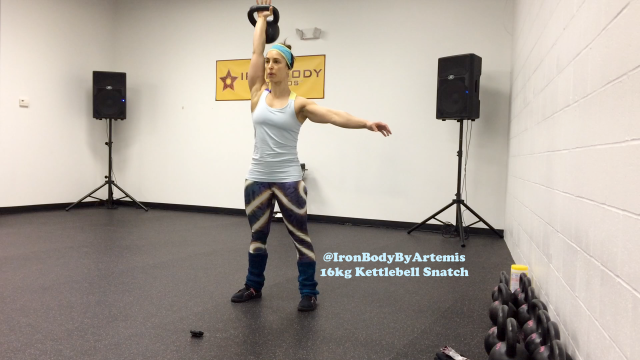 Once upon a time I went to Mark Fisher Fitness (which is like Disney meets Charlie and The Chocolate Factory but with a bunch of beautiful, sexy, fit, people) and sat down in the Snatchery with the MFF Personal Training staff to discuss pull-ups, pressing, unicorns, and how to make your snatch sexy.

Sexy people must have sexy snatches.  This is a no brainer.

Now, for those of you who understand kettlebell snatch humor, you understand when I ask, “Do You Have a Sexy Snatch?” because snatches are sexy.

For those of you who have no idea what I’m talking about, your mind is probably still in the gutter, “Snatch? What??” 🙂

Yes, everyone likes to joke about the snatch.

In the world of Kettlebell Training, the Kettlebell Snatch is considered the “Tsar” of kettlebell lifts.  It is a fantastic movement for total body conditioning and for learning force production.  Those who know the kettlebell snatch, and can execute the snatch well, LOVE the snatch.

I go into this in more detail in my post Improve Your Double Kettlebell Snatch and I provide a training drill that you can apply to both single and double kettlebell snatches in order to improve your kettlebell snatch.

When people are learning the snatch, often they can struggle with the movement and beat their arms and hands up in the process.  In these cases, it can look ugly, sloppy, and scary to watch.  It doesn’t look good, it doesn’t feel good.

A sexy snatch has a balance of a clean, powerful hip finish, (timed with the exhale of the breath), that causes the bell to float up, while the arm helps to execute the finish of the snatch by “punching” the bell straight up into the finish position of the snatch like you are punching the ceiling.

A sexy snatch will not only tame the arc of the snatch on the way up by “punching” the ceiling, but it will also tame the arc on the way down with a drop straight down to the floor, through the legs, while the kettlebell slides gently in the hand, from the hook of the fingers to the finish position in the heel of the hand, back to the hook of the fingers on the drop and the back swing.

In this case, often the timing of the breath and the hip finish is completely off and the person will hold their breath until the kettlebell lands in the finish position of the snatch, when they will exhale while thinking, “Oh yes, I forgot to breath so I should probably breath now…”.

On the descent of the scary snatch, the person will cast the kettlebell out in front of them, while still holding onto the kettlebell with a vulcan death grip, which on the eccentric of the snatch will cause a worse grating on the hands than on the way up.

Below are 10 tips that help you to ensure that you have a sexy snatch, not a scary one…

No go off and make your snatch sexy!

Join me for my workshop I Am Not Afraid To Lift!

Working towards a goal of a pull-up? Sign up for my Attack The Bar Pull-up Program on WeightTraining.com; Level I and Level II currently available or train with me ONLINE through WeightTraining.com HERE.  Both one-on-one and group available.

← Own Your Fitness and Nutrition in 2015
Attack The Bar →